It is starting to become a tradition: jamming with the global game jam at the Breda jam site. In just 48 hours, we built the game Richy’s Groceries around the theme What do we do now? In the game, the player assumes the role of a mother shopping for groceries with her daughter when the store is about to close. 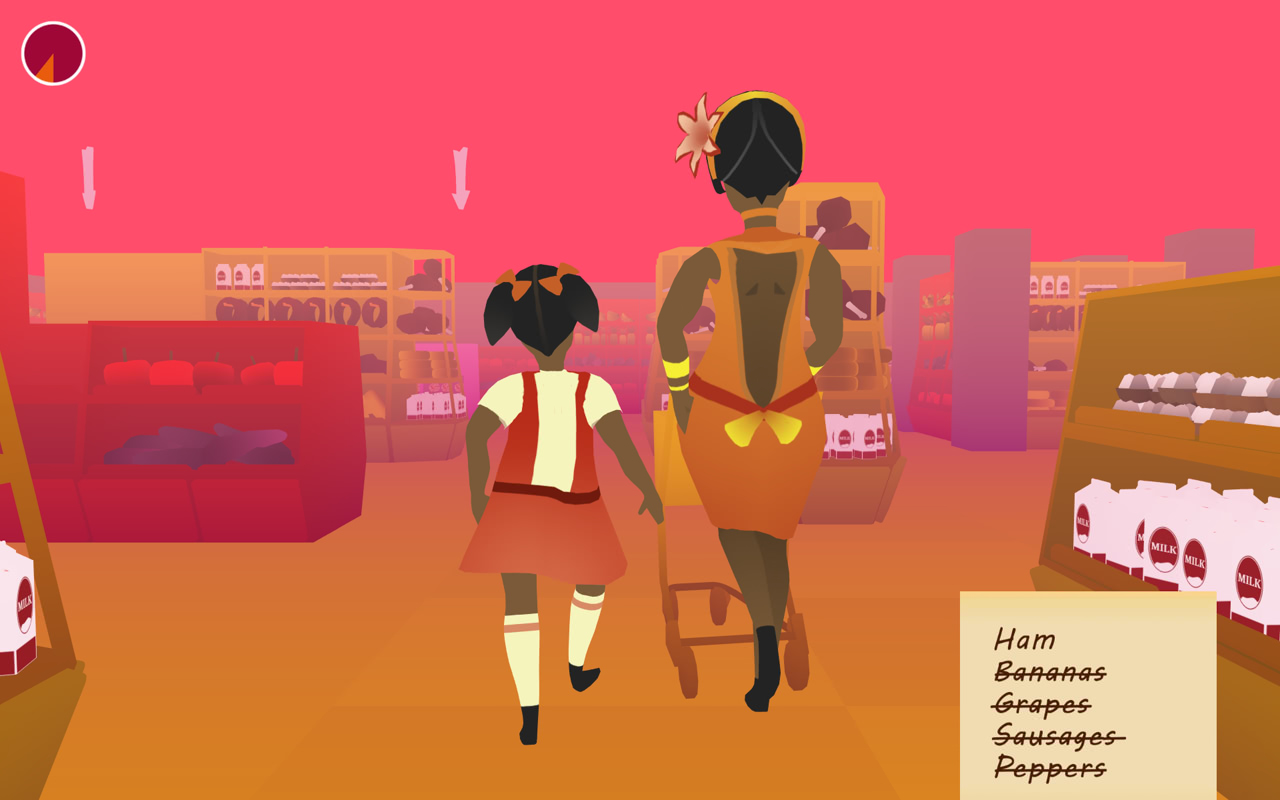 I had a lot of fun during the weekend, and I’m very pleased with the result. I especially like the distinctive visual style. This is without doubt the most beautiful game jam game that I ever worked on. It is really impressive what Derk Over and Hans Crefcoeur — the two artists on our team — managed to pull off in such a short amount of time. This year Maarten Crefcoeur joined us for audio, so the game features original music as well.

For the third year we made it into the top three with our game, finishing third out of the 32 games that were built in Breda this year. If you would like to play the game, you can grab the Windows or Android binaries from GitHub.

We used Unity once more, which is a great environment for building a game quickly without bothering too much with boilerplate. I also brought my tablet this year. Exporting for Android from Unity is really no more difficult than building a Windows binary, and with just a few extra lines of code for touch input, we got the game running on the tablet as well.

Monadic error handling is an alternative to exception-based systems that can prevent many programming errors at compile time. Read full post