Last weekend the Global Game Jam took place. The theme this time was “We don’t see things as they are, we see them as we are.” I joined the jam site in Breda, and in 48 hours we built the game Tristar. We took the theme quite literally, and built a game world that looks different to each of the three players. 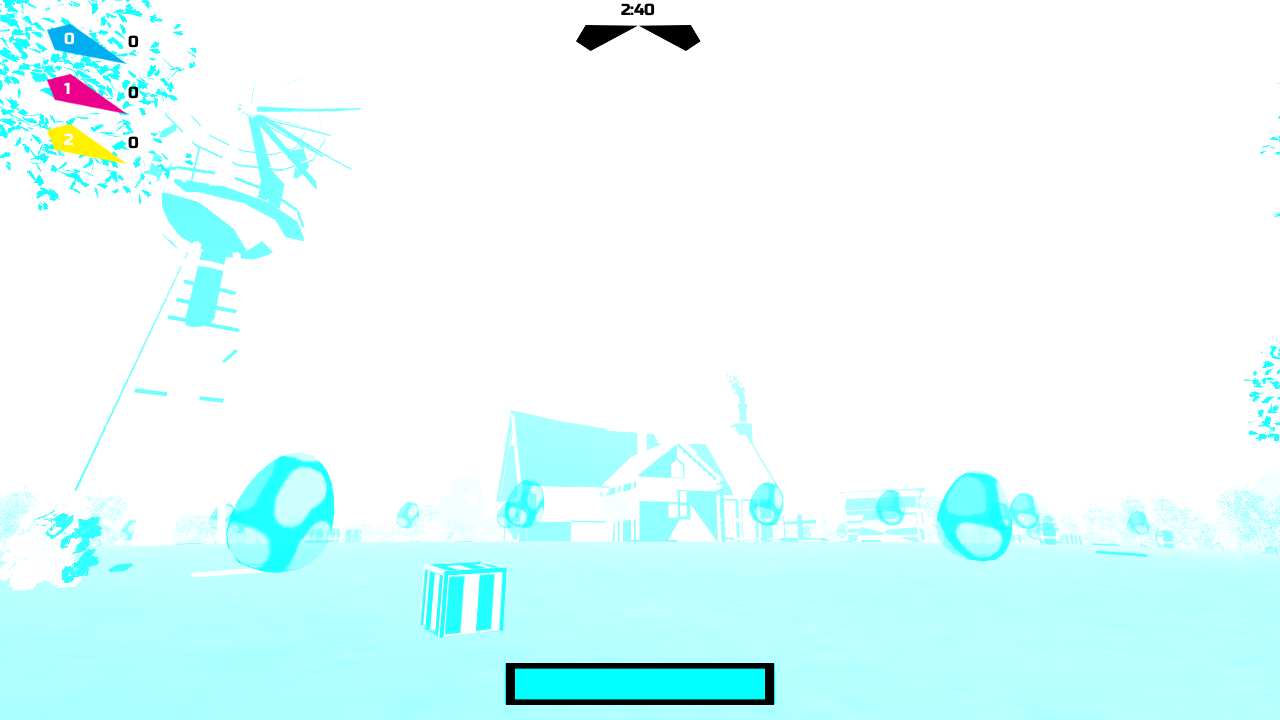 Players play cyan, magenta or yellow, and only get to see their colour component of the world. At the location of the player, her colours ‘leak’ into the perception of the other players, revealing a part of her world. The objective of the game is to collect as many eggs as possible — however, those eggs are generally not visible to the player, because they have the colours of the opponents. The player can see the eggs of her opponents, and must not get too close to them, as not to reveal them to her opponents. This makes for some interesting gameplay, where you can chase the other players, hide and wait, or strategically reveal an egg to encourage other players to make a move.

We again made it to the top-three with our game, the third place this time.

This was my first time using Unity, the technology which the game is built with. It was perfect for rapid development like the game jam, because it has everything built-in. On the other hand, all the fun stuff is done for you already, and what is left to do is more like scripting than programming. That is fine for the game jam of course — you want to have something playable in two days. A game jam is not the place to apply those dirty hacks to squeeze out every bit of processing power of your machine. Making the game was an awesome experience nonetheless; this playing at the beamer for at least half an hour says enough about the atmosphere, I think.

The game and source code are available at the game jam site. Check out the other games as well, it is amazing to see how many great concepts can be developed in so little time.

With a bit of algebra, Fibonacci numbers can be computed efficiently using only integer arithmetic. Read full post